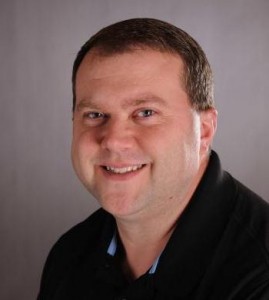 Rich has been involved with men’s ministry since 1998, and regional ministry since 2002,.    The foundation of this ministry has been the monthly Taking A.I.M. men’s event newsletter.  He has served with Promise Keepers on two Peoria leadership teams (’03, ’08) and traveled the country as a Volunteer Staff Representative.   He led a regional team for a Man in the Mirror training event in 2006 and has been a Field Trainer for MIM since 2009.

In 2010, the Heart of Illinois Christian Movie Central ministry was launched to build grassroots awareness and support of Christian films, which in early 2012 began a 60-second radio program on Moody affiliate WBNH 88.5FM.  In December 2015, this program extended to WPEO 1020AM/97.7FM as part of Men of AIM’s sponsorship of the Plugged In daily program.

Rich married his best friend, April, in 1996 and they had a son, Jordan, in 1999.  Jordan shares Rich’s love of bacon and Weird Al.   In 2009, Rich discovered his hobby of cake decorating following too many meals eaten while watching Ace of Cakes and Cake Boss.    He failed in his effort to bring Man v Food to come to Peoria, but has visited 12 Man v. Food restaurants.  (Minimum 2 more scheduled in 2016!)

He has spoken at various conferences (EQUIP, Iron Sharpens Iron, No Regrets satellite) as well as church breakfasts and weekend retreats.  Various topics are available, but his core message is “Vegetables of the Spirit: The Bible’s Forgotten Fruit.”  The subject is currently under consideration by various publishers.

They live in Rome, Illinois (Between Chillicothe and Peoria). 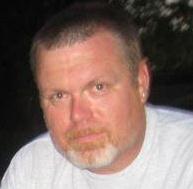 Jim has been actively involved in men’s ministry since the mid 90’s. He has put together numerous PROMISE KEEPERS trips and was blessed to be able to attend the STAND IN THE GAP event in Washington DC. Jim has been available as an outside source of advice for Rich during the early years of MEN of A.I.M. and has become more involved, over the past couple years,  as part of the leadership team.

Jim & Lesa have been married for nearly 25 years and have two boys, Andrew & Nathan. Jim enjoys bow and shotgun hunting, fishing (for fish as well as men and women), basketball, softball and reading.  Jim is also involved with the SAINTS Prison Ministry and PSALM 51 ministry that ministers to young men and women in the Peoria County Juvenile Detention Center.

Jim & Lesa live in Peoria, IL with their “kids”, Gidget and Daisy, both mini Daschunds. 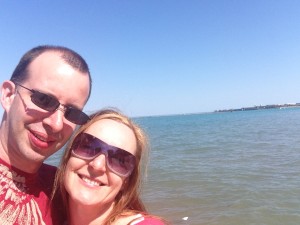 Rich married his wife Ani in 2000 and together they are learning to listen to God’s voice.  In 2013 they heard God’s call to become foster parents and are currently learning all about God’s love for us through their new son.  Originally from PA for most of his life, through his work began moving.  After one year in California, Rich again took a new role which brought him to Peoria, IL in December 2011.

He was introduced to MOA during a pizza and movie night.  This was really his first exposure to the Christian Movie industry.  After enjoying the film immensely (Home Run), he quickly signed up for the MOA newsletter and came to many more films.  It has been an amazing run, going from one movie every couple months, to multiple Christian films in the same week!  He helped bring a one night movie event to the Peoria area (Hero) and is fueled to continue to use this platform for reaching not only Christians, but the lost as well!

Rich is active in leading a Bible study at his work and has helped connect other Christians at other companies to encourage them to gather over lunch.  His dream of one church connected by Jesus continues to drive him.  He also leads a small group through Northwoods Community Church.

We have been blessed by many men over the years of our ministry.   We would like to thank Cal Walden and Steve Crawford for the time they served on the Men of AIM leadership team and the encouragement they provided while serving and since.